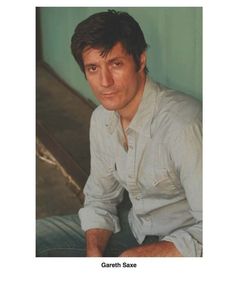 Gareth Saxe
Recent stage work includes:Charles Bohlen in Nikolai and the Others at Lincoln Center, Seth Regan in Simon Stephens Harper Regan at the Atlantic Scar in the Broadway Co. of The Lion King, Monty Weekley in A Moon to Dance By, The title role in Hamlet at Shakespeare Theater of New Jersey and Joey in the Drama Desk winning revival of The Homecoming. He can also be seen as Agent Ray Suran in Michael Mann''S Public Enemies. Gareth's off broadway credits include:. Richard III and The Winter's Tale( NYSF/ The Public); Kenneth Dowey to Frances Sternhagen's Ms. Dowey in J.M. Barrie's Echoes of the War and Luther in the Drama Desk nominated The Daughter-in-Law (Mint Theater); Bert in the world premiere of The Wax (Playwrights Horizons); Tom Prior in Outward Bound(Keen Company). Regionally his roles have included: Henry VIII in A Man For All Seasons(Berkshire Theater Festival); Bernie in Sexual Perversity in Chicago directed by Peter Reigert (American Conservatory Theatre); Faulkland in The Rivals directed by Nicholas Martin (The Huntington): Jack in The Importance of Being Ernest and Valmont in Dangerous Liasons (Shakespeare Theater of New Jersey).